Around 2016, people started to notice something. There were lots of indie games coming out, but much more than people could play. This is very much a product of the inevitable problem where you eventually have more products than you can sell. This leads to devaluation of the products as people begin to be doubtful of their quality.

This isn't new to commerce of course, there's always a time where people are making big money and when they aren't. It's just that the Indie scene is experiencing this for the first time and it's quite weird for them. This has led to a few groups becoming, of course, doubtful of the quality in Indie games. And they are not wrong, I exist for instance, and my games are for the most part, total garbage. It has took a few years to finally come up with something like The Weird Room: Lightstorm, where it does not look like garbage and seems playable. (internally the programming is garbage though.)

But what about everyone else? How did Indie games deal with this? Well, some dealt with it in an interesting, and perhaps great manner, and others have, uh, made the "indie" name less and less indie. Such is the nature of the scary Capitalism, a blessing and a curse wrapped in toilet paper scavanged from malls from during the rise of COVID-19.

First off, marketing your game has never been so utterly competitive before. We pratically are munching eachother's skin off for the possibility of your eyeballs landing into a link for the game's Steam/Itch.io page. We put as many hashtags on the Twitter gif as possible to reach the most possible players possible. It's a lot of possibility and only the most eyecatching games can ever hope to gather the big attention.

It's how the people behind games like Slime Rancher describe it, and I don't think they're wrong. Spreading your game by word of mouth these days will at best land you someone playing the game. However I see most people constantly creating Twitter gifs where they show the game with all the stuff you can do like it's a commercial on the break of your saturday cartoon. You are still lucky to get someone looking at it and going "WOW. I WANT TO PLAY THAT.".

One other thing was that now some Indie games specifically tried to be memetic in nature. Such is how "Simulator" titles tended to become popular but unfortunately faded away in memory (which is a problem with Memes as a whole today.) and why you still today have lots of creators making a name for themselves with titles quickly made to gather success as Memes. It's not that it's bad but it still gives a rather strange title to the Indie scene. At least we try being experimental unlike big AAA money titles which rely on us feeling sad and bad for killing dogs. Right...?

Gotta spit the facts here, I kinda dislike how we easily gave onto these sorts of things. It's inevitable that we take onto a more money-focused approach with a wider audience, but indie titles were made mostly for our love for gaming and to experiment with things AAA would be scared of touching. You wouldn't ship a title on Sony about punching rocks with a tennis racket but you could do a game about that without needing funding, making decisions about what to use from the concept or not, etc etc. Just make it on your computer, grab some sounds from a free library, and call it "Tennis Rocket" or something.

But now we got idiots from publishers like tinyBuild who push the idea that Indie titles now must follow the same standards as AAA, turning interesting concepts into garbage, or Nicalis who had the audacity to grab control of Cave Story (you can play that game for free btw lol!)

Really it's asking to make ourselves docile and on the level of proto industry gamedevs who work day and night to deliver on unimaginative things and squeeze every concept out of any possibility for a spin on it. Our freaking artstyles have to be simplified as possible so people on their iphones can mindlessly play the game for 5 minutes like total robots, and this crap has gone as far as WIP games having their concepts literally ripped off.

With that out of the way, some games have not been that awful. I'd say we still have good indie stuff, and we also have publishers which are not total trash. New Blood for example publishes a lot of horror indie games and they rock. Hylics 2 has also proven a sequel just as if not more surreal looking and feeling than the first game. I still think the horror stuff in general can benefit from being more out there but the Haunted PS1 community is excelling well at this.

The more obscure depths of Itch.io have also provided many highly surreal titles which touch on things and worlds like you never seen. Just give it a search and find something you like.

A few of the more AAA-ish Indies have also been pretty good too lately. Enter the Gungeon in its final update has a modding community thirsty for putting wacky guns and gungeoneers in the game and generally it's pretty gravy. CROSSNIQ+ has proven the Y2K aesthetic makes for a great action puzzle game but I feel more exploration has to be done. Pikuniku is a short cartoonish platformer with big charm and love put on it. Baba is You redefines what a sokoban type game can do. We just got to keep doing more weird and awesome stuff instead of "game but something change1!1!!".

Support the people making the cool weird Indie stuff. Not to say we always need to go against the grain but at least do fun stuff and not give into the AAA mediocrity and stupidity. If it isn't fun, why bother? 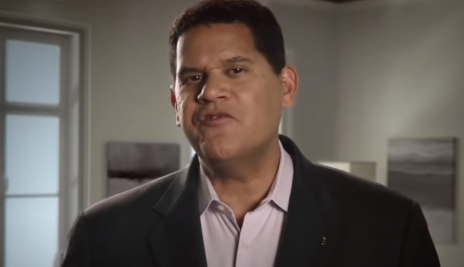 Back to the lab again!